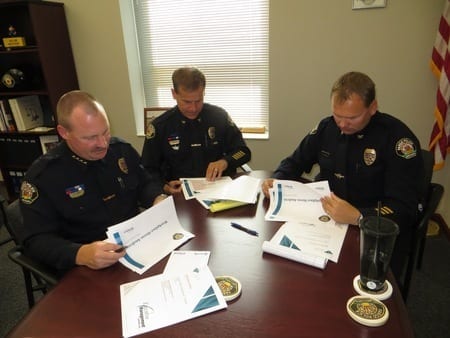 During the past three years, the Fargo Police Department, described internally as a “department of dysfunction,” has suffered from low morale and diminished public support. The former police chief, who was driven by a “lead-by-discipline” philosophy, with an eye toward rules and procedures versus a vision of goal setting, was becoming isolated and distant from his staff. In February 2014, it all came to a head when an up-and-coming lieutenant’s misconduct ran afoul of department protocols. The lieutenant lied to investigators, and the ensuing internal investigation and final disciplinary decision was drawn out over an agonizing month, leading the despondent officer to take his own life in March 2014. 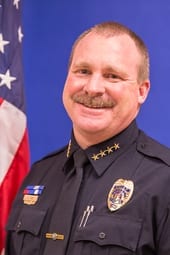 A separate external review was opened to probe department morale issues, which culminated in the removal of the embattled police chief and the appointment of David Todd as interim chief in November 2014. Since assuming his new role, Todd has made a concerted effort to reach out to officers and command staff struggling with a fallen colleague. He also has instituted an open-door policy for officers grappling with a new leader, who months from now may or may not become the full-time police chief. But today, with Todd at the helm, the divide between administration and rank and file officers seems to have narrowed significantly. “I think when you run a department managed by fear and have a ‘do-what-I-say-because-I-said-so’ mentality, then eventually it starts to drive leadership down and things start to spiral,” he said. “People walk on eggshells and aren’t willing to put forth ideas because they feel like their voice and ideas don’t matter.”

In response to the lieutenant’s suicide, city officials set up a Police Review Committee, which gave officers permission to open up and “unleash their frustrations and unhappiness,” Todd said. The committee ultimately recommended Todd to serve as interim police chief, which was reflective of the input received from the officers. 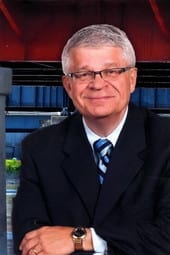 Upon taking command last year, Todd, a 27-year veteran of the Fargo Police Department, said it was his goal to improve department morale right off the bat and win back the confidence of a community of roughly 115,000 people. Todd reached out to friend and Value Added Associate Mel Nelson to conduct emotional intelligence (EQ) training for the department’s Compstat team, a leadership group of 30 that includes command staff and sergeants. But when TTI Success Insights made available its new Stress Quotient™ assessment in May, both Nelson and Todd were eager and curious to determine how stress was impacting the Fargo Police Department. “When you’re in an occupation like law enforcement in a fairly large city, you are always trying to find better ways to do things,” Todd explained. “As a leader, you want to know if your leadership is effective in mitigating stress, or if there are areas where your leadership is contributing to stress.”

Nelson said the police department was receptive in voluntarily completing the Stress Quotient assessment. Of the 178-member police department, 112 completed the assessment, which Nelson said was “pretty instructive.” The following results and scores were reviewed in a June 29 executive briefing with the mayor of Fargo, city commissioner, city administrator and enterprise director: The Fargo City Commission is set to conduct a national search this year for a new police chief, and Todd said he would put his name in for consideration. While the Stress Quotient assessment was impactful and something the officers generally believed made a difference, Todd also noted many officers agreed it “did not differentiate the levels of leadership they may be feeling stress from.” “I’m constantly looking for new ways to measure the department and pushing the right buttons to be better. Sometimes that’s uncomfortable, but that’s what it takes to be a professional organization,” Todd said. “What can I learn from this process? What parts of the job offer rewards and which contribute to stress? How is organizational change affecting them?

Todd believes morale has improved “quite a bit” and credits “the little things” for the turnaround. He’s now hosting department listening tours, where he meets in front of workgroups to hear concerns before discussing feasibility. Some of the comments may be adopted into the department’s new strategic plan, Todd said. “I like an inclusive style, where I’m engaging with people and gathering input from key stakeholders, especially those who have expertise in certain areas,” he said. Unlike the former police chief, Todd wears his uniform every day as a means to lead by example and show a sense of camaraderie to fellow officers. “It was rare to see the chief before me in his uniform, and I think people started to think of him as a CEO or public safety officer rather than a chief of police,” Todd said. “I identify with our officers and also want to be very conscious about representing them and the department in the right manner.” The community has also apparently noticed the turnaround. Todd said a number of people have applied for open patrol officer positions, which wasn’t the case at this time last year. “We had a reputation out there before the changes we’re now seeing started taking place,” he said, noting the department has been engaging the community through social media.

Todd said he is in the process of initiating a department-wide mentoring program in which command staff and sergeants must identify others to serve as their de facto coach and counselor. The senior-level officers are encouraged to find at least two people to mentor them both inside and outside of work. Meantime, the department is in the process of setting up a formal mentoring program for its new officers to help them and their families integrate into the police department. Todd also has established the Chief’s Leadership Advisory Committee in which employees representing each workgroup can offer up new ideas and strategies, as well as make recommendations in the best interests of the police force. “We’re just taking a number of different steps to try to breathe some new life into our department,” Todd said. “We want to get our officers excited and recognize that this is a time where their ideas matter.” As for Todd, the decision to work closely with Nelson and administer the Stress Quotient assessment on the police department was a no-brainer. “When you’re in a position of leadership, you should constantly be probing and delving into what could possibly make your department better,” he said. “Sometimes you’re taking some risks by doing that, but you can’t be afraid of that as a leader. You have to know what’s going on within your organization.”