In 2013, Tess, a senior manager of information development at a Silicon Valley hi-tech company, was in a “fog of fear and uncertainty,” feeling topped out in a job where she no longer felt effective as a leader. Her department, responsible for delivering end-user and technical documentation, had reached a state of “high-functioning, high-production mediocrity” and was stuck in a rut. Many on the team described a feeling of being in a hamster wheel, with no end in sight and no way to gain a lead, let alone stop and improve infrastructure or overhaul methodologies. Manuals were getting out the door on time and on schedule, but there was no bandwidth to both keep up with new development and raise the bar on customer satisfaction. Despite some feelings of defeat, Tess had a vision of what her department needed to better serve clients in an “industry-shaking way.” The problem was she didn’t know how — and acknowledged she couldn’t create change alone. Tess felt sick over it all and ready to quit at a moment’s notice.

But when a colleague dropped by her office one day, everything changed. 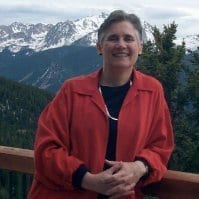 Drew, a fellow manager, shared with marked glee that his team was “going places,” due to his work with Value Added Associate Lynne Snead, co-founder of Oakhurst, California-based Talent Evolution Systems. Snead had been working hand-in-hand with Drew and his team of project managers for six months, solving issues around unclear roles and responsibilities, and, in particular, underperforming team members. Still not convinced it could help in her case, Tess decided to give Snead a call and set up a discovery meeting. Six months after Snead first began working with Drew’s team, she began working closely with Tess’s department, which was comprised of 10 “highly competent” technical writers. But in terms of meeting and assessing customer needs, Tess said, they were “just not hitting the mark.” Moreover, the team did not seem to have the bandwidth, confidence or drive to take on additional work.

Snead first administered TTI SI’s TriMetrix assessment to Tess, who was surprised by some of the results. Taking what “looked like a flat, rather harsh result,” Snead framed the outcome to help Tess realize her role and leadership abilities are essential for the success of her team. Snead explained the concerning results, as well as the logic and science behind the assessments. This helped Tess better understand why she may be in her current predicament and what she could do about it. She also encouraged Tess to look at the talent profile and focus on her strength areas — many of which pointed to her being in the right role as a leader and influencer. “Lynne just made me feel so much better about myself, but without softening the message. It was a very honest conversation,” Tess explained. “It feels like you’re going to a doctor and receiving a prescription. [You think,] ‘Oh finally! Here’s an answer.’”   From there, Tess and Snead worked together to job benchmark the role of each team member, but “without putting a face to it.” Initially, Tess couldn’t understand why so many bright people were making critical errors, were stubborn about taking on additional assignments, and couldn’t communicate effectively with another. “This is not an apathetic group. They work hard, and they care about doing a good job,” she said. “The assessments didn’t point at laggards or flag incompetence; it wasn’t so cut and dry. What I saw in the results was a great pool of unrealized talent correlating directly with some fearsome personal roadblocks.”

They found many of her team members lacked essential “soft skills,” including decision-making, futuristic thinking, self-management and personal accountability. From there, the team began targeted coaching and training with Snead to develop skills and confidence. Where possible — and with team member input — they then set out to align the employees with roles where they would best succeed, based on their top talents, behaviors and motivational styles. The team was restructured to build bench strength and provide much-needed scalability. Tess said the job benchmarking process was completely transformative for her and her team. She also realized the importance of job fit and helped make the following changes:   “I identified some major gaps within my team, and without assessments, I never would’ve been able to pull off this reorganization,” Tess said. “It’s rewarding to place people in jobs that really match their core talents.”

As of February 2015, Tess says her department has achieved an estimated 75 percent of the goals set when Snead began working with the group. She also noted morale is up within the group and that most employees will retake the TriMetrix assessment this quarter to gauge self and team performance. “I completely feel empowered to take it to the next level,” Tess said. “We want to bring our customers to the well and empower them to find better information.” In addition, Snead will continue to offer bi-monthly phone coaching sessions on a voluntary basis, as well as bi-quarterly in-house workshops for Tess’s entire department. “The employees feel supported and are more engaged because someone has taken the time to invest in them,” Snead said. “This is one of the nicest compliments I’ve ever received: The coolest thing about having you as a coach is we don’t feel like we’re in this alone anymore.”